What is application security and why it needs a new approach

For a long time, application security was an afterthought in software design and development. Once an application was developed and ready to roll out, the security team would haphazardly implement some security measures that focused on hardening the perimeter of the data center to prevent data loss from external threats. At the end of the day, application security used to resemble a cream-filled candy; hard on the outside and soft inside. However, this method is no longer enough to keep an application completely secure against all external and internal security vulnerabilities.

With the IoT explosion and multi-device accessibility, bypassing perimeter protection has become easier. So it is vital to improve your application security for better cyber security and application performance. In this article, we will learn more about the latest approaches in Application Security and why they should be considered.

All application security practices must be focused on minimizing the likelihood of malicious agents getting access to systems, applications, and data. Ultimately, the goal of application security is to defend the software against attackers who try accessing, modifying, or deleting proprietary or sensitive data, thereby protecting the availability, integrity, and confidentiality of the information held by an organization.

One of the most common countermeasures against security threats is an application firewall. Firewalls are responsible for determining how data is handled based on a specific installed program and how files are executed. Similarly, numerous measures can be taken to safeguard an application against cybersecurity threats such as encryption and decryption programs, antivirus programs, spyware detection and removal, biometric authentication, antivirus programs, and routers for hardware.

Software vulnerabilities are common. However, even the noncritical vulnerabilities can pose a threat during attack chains. While applications running on physical or virtual servers that were configured as unchanging arrangements in the past, the same doesn’t work in today’s public cloud computing scenarios. It is well known that public cloud environments don’t allow individual users to install perimeter security measures; meaning any security the user desires must come at the application level.

To actively defend against threats in the public cloud infrastructure, applications need resources that are constantly being added and removed from their topology. Additionally, these next-generation applications also require frequent code changes to deploy these new functions as opposed to traditional apps where updates come out every six or twelve months.

To survive in this dynamic application topology the security approach must move away from manual installation and configuration to an accelerated method that’s integrated into the software lifecycle environment.

App-focused security measures for the future

Today, managed IT service providers like us approach application security through a renewed approach. These best practices address the issues faced by next-generation applications.

Unlike the earlier waterfall release models, DevSecOps is made for agile development cycles where the code is released on a monthly, weekly, daily, or hourly basis. Here the emphasis is on getting the code out quickly, with security practices integrated into the process right from the planning stage.

By effectively combining the efforts of the development, operations, and security teams, everyone is working hard towards a common goal. This effectively improves the security of the application at all stages.

Cloud providers are generally discreet about their security practices. So developers need to assume that their applications will run in an unknown and insecure environment and implement appropriate security before deployment. Since corporate-level security measures may be inadequate for the application to run safely, it is important to implement application-level measures by assuming that the security capabilities of the operating environment have unknown threats and vulnerabilities.

During the design and development stage of the application, it is important to analyze each component and determine the level of security measures it requires to operate safely. For instance, components such as program execution resources require intrusion detection and prevention systems while the database requires access controls to prevent non-application components from entering and accessing it. Additionally, depending upon the life cycle stage, there may be security configurations that need to be relaxed at one point and constricted at other times to allow appropriate traffic to access application resources.

Automating the installation and configuration of security components requires a lengthy audit and is considered a difficult process. However, automating security is vital for securing the application software. Automation ensures that the recommended security systems are integrated consistently, leaving no room for vulnerabilities and security lapses.

Testing, inspection, and validation of the security measures are just as important as implementing them at every stage of the software lifecycle. Regular vulnerability and penetration testing can provide valuable feedback about the application topology.

Defensive coding is a practice where every input is distrusted and considered invalid, pushing the developer to go to great lengths to handle the inputs and requests and ensure that it’s in the right place. Although defensive coding practices can give a complex code, it covers all errors and vulnerabilities in the application and defends it against attackers who might try to leverage the same. In effect, this method safeguards the code against possible attacks by reducing application vulnerabilities.

Application security is not a one-time process that can be fixed onto an application at the end of the development life cycle. Through practices like DevSecOps and others mentioned here, the continuous integration, delivery, and distribution of security measures will make applications safe for use by the end customer.

If you are looking for managed IT services who are well versed in application security and DevSecOps processes, connect with our experts at Citrus Consulting today. 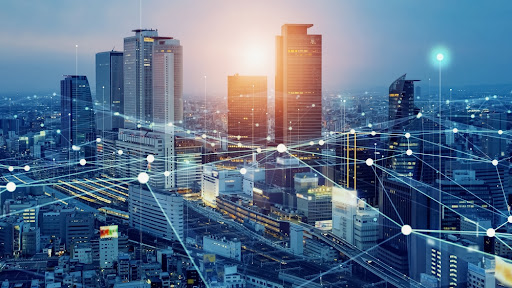 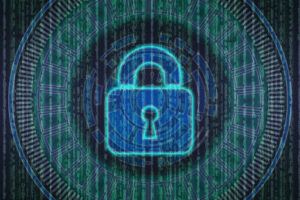 Traydstream And Citrus Consulting Partnership: What To Expect